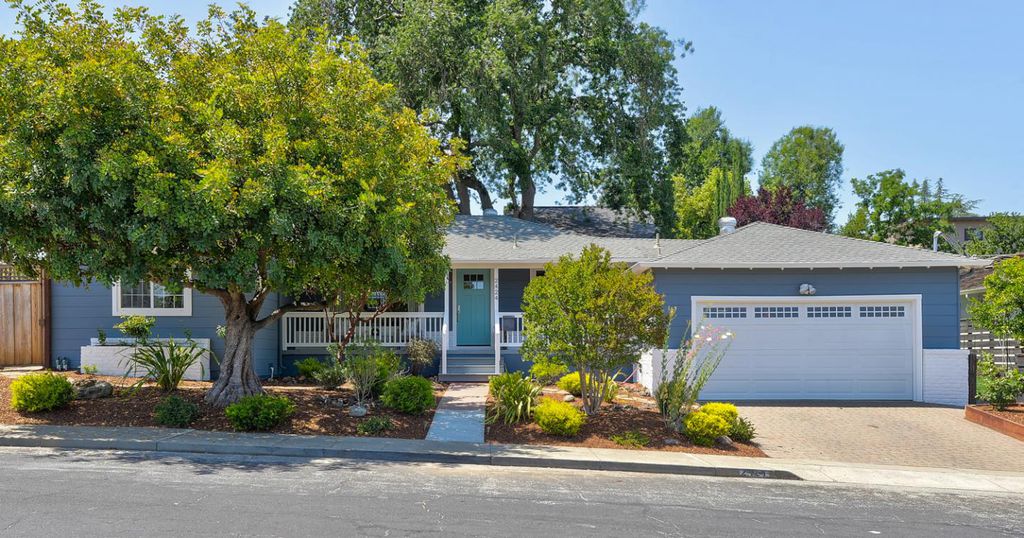 This property is not currently for sale or for rent on Trulia. The description and property data below may have been provided by a third party, the homeowner or public records.
This charming White Oaks home is a gardeners delight. Offering the best of the peninsula lifestyle in the heart of San Carlos. With 3 bedrooms, 1 full bathroom, bonus ½ bathroom, Granite counters, Hardwood floors, Air Conditioning, Stainless Steel appliances, fresh paint inside and out, a large 2 car garage and workshop area, updated garden drip system and a new good neighbor fence, this is the gem you have been waiting for! Abundant fruit trees (Apple, Pear, Peach, Apricot and Fig) Blueberry, Raspberry, Blackberry bushes and a Strawberry patch all thrive in the garden. Gorgeous Grapevines adorn the front fence. Convenient access to 280 and 101, close to parks and the charming shops and restaurants on Laurel Street. Top rated White Oaks Elementary school. Welcome home!

For homes in 94070
*Based on the
Trulia Estimate

These are the assigned schools for 2424 Saint Francis Way.
GreatSchools ratings are based on test scores and additional metrics when available.
Check with the applicable school district prior to making a decision based on these schools. Learn more.

What Locals Say about San Carlos