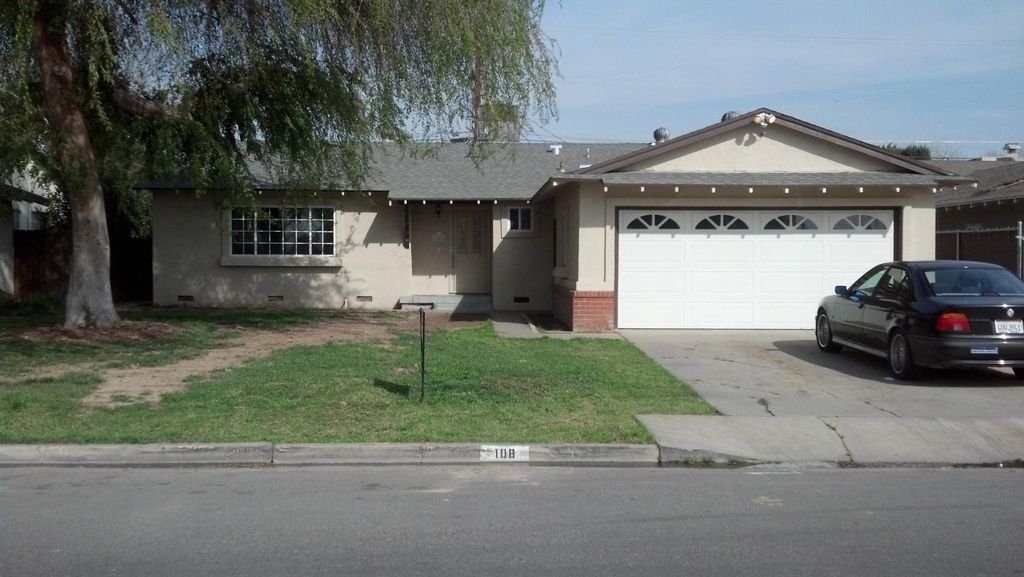 This property is not currently for sale or for rent on Trulia. The description and property data below may have been provided by a third party, the homeowner or public records.
Rent 1425/mo. new tile in kitchen, 2 yr old range, hardwood floors just refinished, ceiling fans in all bedrooms, big grassy backyard, Gardner included with rent, electric garage door opener, quite neighborhood. IF YOU SEE THIS HOUSE ON CRAIGSLIST or Facebook market place ITS A SCAM.

Tenant pays for gas, electricity, water and garbage cans if they lose them. Ask about pet policy if you have pets or want one. Credit check and background check done on everyone over the age of 18 who will be living in the house. Credit of 600 or more. Income needs to be three times the rent ($4275). Must have application completed before touring property. Ask for link to see a virtual tour of the property on Youtube.

For homes in 93309
*Based on the
Trulia Estimate

These are the assigned schools for 108 N McDonald Way.
GreatSchools ratings are based on test scores and additional metrics when available.
Check with the applicable school district prior to making a decision based on these schools. Learn more.

What Locals Say about Park Stockdale

At least 61 Trulia users voted on each feature.
Learn more about our methodology.