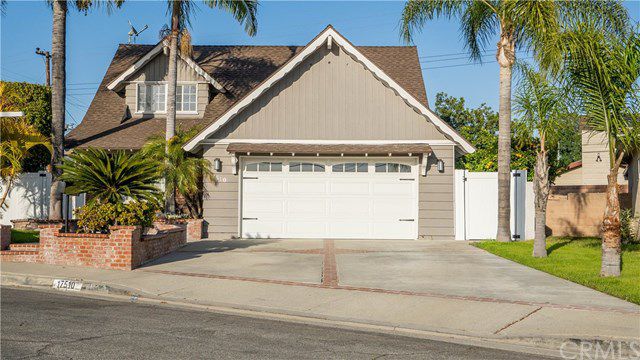 This property is no longer available to rent or to buy. This description is from June 10, 2021
Priced reduced to sell!!! Welcome to your new home. The owner left no detail behind. This 4 bedroom 2 bath Artesia home has been remodelled tastefully throughout. Property features new floors throughout. The entire place has been skim coated and features a smooth clean finish. Freshly painted makes for a bright open feel. Kitchen remodel features new cabinets, quartz countertops, new undermount sink with brand new koehler faucet seller is even including all stainless steel appliances. Central AC for those hot summer days. Did we mention it's a pool home! Pool will be painted and ready for a dip this summer. Situated in ABC School District which is one of the best LA County school districts, and district to Cerritos High School. Come take a look at this home today! Turnkey! Turnkey! Ready to move in!

For homes in 90701
*Based on the
Trulia Estimate

These are the assigned schools for 17510 Norwalk Blvd.
GreatSchools ratings are based on test scores and additional metrics when available.
Check with the applicable school district prior to making a decision based on these schools. Learn more.

What Locals Say about Artesia

The multiple listing data appearing on this website, or contained in reports produced therefrom, is owned and copyrighted by California Regional Multiple Listing Service, Inc. ("CRMLS") and is protected by all applicable copyright laws. Information provided is for viewer's personal, non-commercial use and may not be used for any purpose other than to identify prospective properties the viewer may be interested in purchasing. All listing data, including but not limited to square footage and lot size is believed to be accurate, but the listing Agent, listing Broker and CRMLS and its affiliates do not warrant or guarantee such accuracy. The viewer should independently verify the listed data prior to making any decisions based on such information by personal inspection and/or contacting a real estate professional.
Based on information from California Regional Multiple Listing Service, Inc. as of 2021-06-24 14:42:50 PDT and /or other sources. All data, including all measurements and calculations of area, is obtained from various sources and has not been, and will not be, verified by broker or MLS. All information should be independently reviewed and verified for accuracy. Properties may or may not be listed by the office/agent presenting the information
17510 Norwalk Blvd, Artesia, CA 90701 is a 4 bedroom, 2 bathroom single-family home built in 1962. This property is not currently available for sale. 17510 Norwalk Blvd was last sold on Jun 10, 2021 for $870,000 (0% higher than the asking price of $869,000). The current Trulia Estimate for 17510 Norwalk Blvd is $876,900.