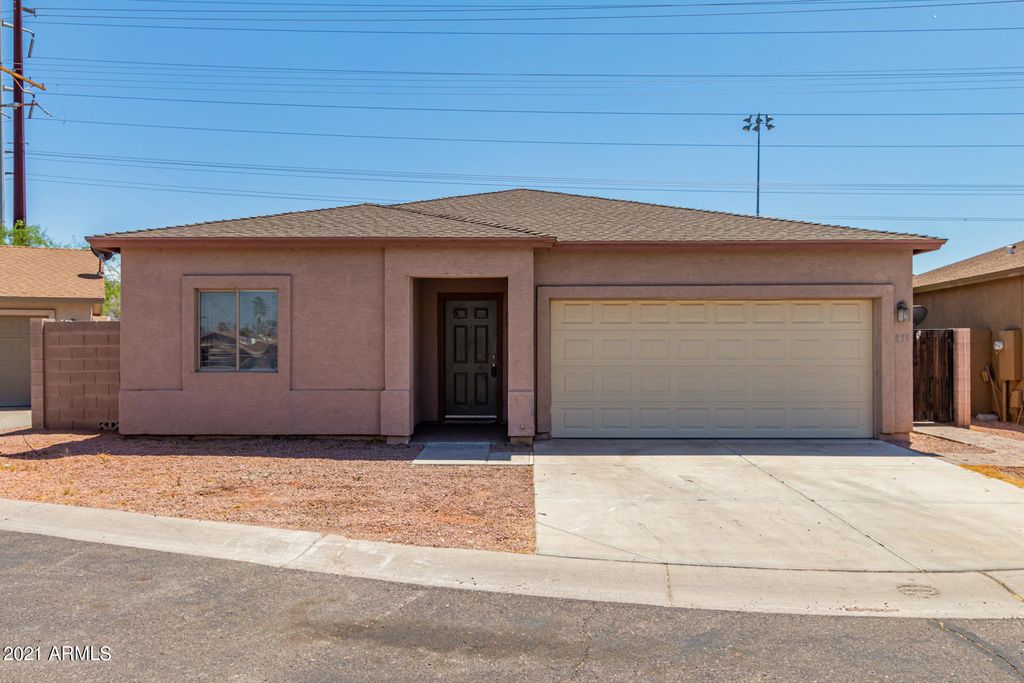 This property is no longer available to rent or to buy. This description is from May 21, 2021
Charming 3 bed, 2 bath south Phoenix property now on the market! Low maintenance landscaping with a 2 car garage! Interior features a cozy living area, neutral paint palette, and tile flooring throughout. Eat-in kitchen offers ample cabinet and counter space with a pantry and all the appliances you'll need for home cooking. Master bedroom boasts its own private bath and a spacious walk-in closet for all your belongings. Also including a quaint backyard where you can spend a relaxing summer evening. This is sure to be the home for you! Book a showing before it's gone!

All information should be verified by the recipient and none is guaranteed as accurate by ARMLS
Listing Information presented by local MLS brokerage: Zillow, Inc., local REALTOR®- Andrew Mellor - (480) 907-1010

For homes in 85042
*Based on the
Trulia Estimate

These are the assigned schools for 833 E Minton St.
GreatSchools ratings are based on test scores and additional metrics when available.
Check with the applicable school district prior to making a decision based on these schools. Learn more.

What Locals Say about South Mountain

At least 644 Trulia users voted on each feature.
Learn more about our methodology.

Do legal protections exist for the LGBT community in Phoenix?