Mention a move to Chicago, IL, and you might elicit warnings about the Windy City’s epic winters, the ongoing Cubs/White Sox feud, or locals’ utter refusal to garnish their hot dogs with ketchup. Then again, you’re just as likely to hear about its world-class architecture, cultural institutions like The Art Institute and Steppenwolf Theatre, and the perfect summers that make those winter months so worth it. And with so many people feeling a bit of real estate sticker shock in cities like San Francisco, CA, and New York, NY, it’s no surprise that more and more people are choosing Chicago as an affordable option for big-city living.

To find out what makes this Midwestern city so special, we spoke with two locals about what being a Chicagoan means to them. Homeowner Kim Vargo has lived in Chicago for 10 years with her husband, Scott. The duo chronicles their DIY journey from first apartment rental to current dream home at Yellow Brick Home. “Before we bought our house, we didn’t think Chicago would be our forever home,” says Vargo. “But then every time we went somewhere else, we realized we always thought, ‘Oh, Chicago has this too,’ or ‘Chicago has this better….’ Whether it was food or nature, we just realized we couldn’t live anywhere else.” Photographer and designer Nathan Michael credits Chicago for the creative and community support that has helped grow his business.

Here are seven things to know before you go, from these two locals who have made the move and do plan to take off their coats and stay awhile. 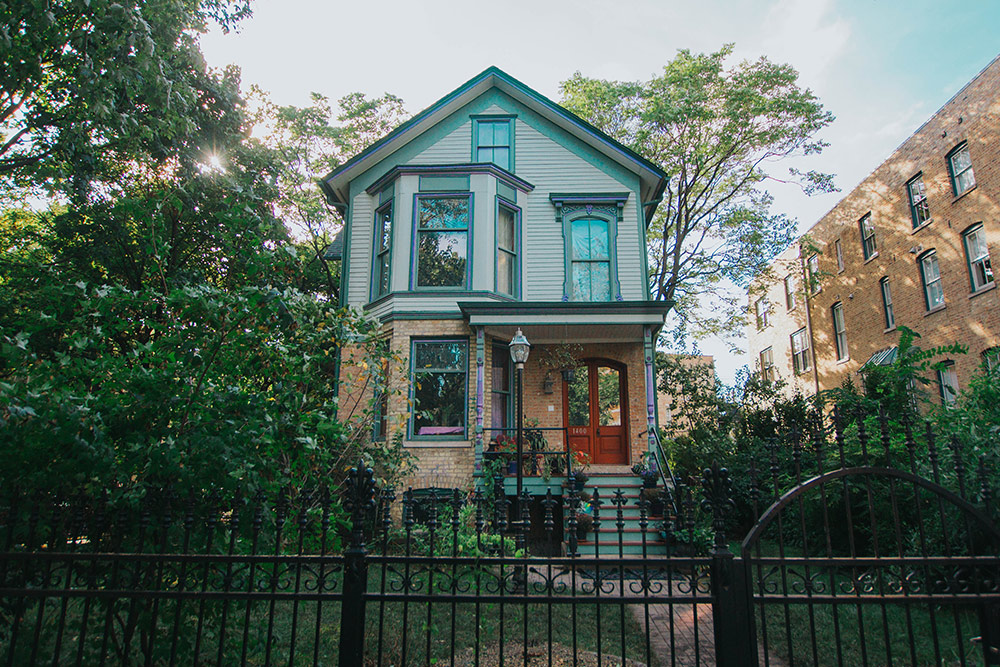 Between the lake-effect snow and low-pressure systems that swoop in from Canada, Chicagoans know winter here is not to be underestimated. But if 2.7 million Chicagoans stick around to see the lake defrost every year, then so can you. “Get yourself a good coat and good pair of boots and you’re fine,” says Vargo. “If you’re waiting for the bus, forgo that cute pea coat and go for the down parka.” And if the weather starts to wear down your spirits? Take a trip! “My philosophy is to travel somewhere,” says Michael. “No one is forcing you stay inside the whole winter.” Plus, one silver lining to all that blustery weather is a greater appreciation for warmer temperatures when they arrive. “Winter is good because it keeps you anticipating summer,” Michael adds. “That’s when Chicago makes it all worth it.”

2. The lake is your friend

Majestic Lake Michigan hugs Chicago to the east, bringing an endless view of blue to the city’s 18.5-mile lakefront. “It’s nice to have a beach; it definitely gives Chicago more of an outdoor feeling than expected,” Michael says. “We don’t have the ocean or mountains, but there’s more green space than you’d expect.” Both Millennium Park and Maggie Daley Park downtown provide sprawling public spaces on the lakefront, and the Northside’s 606 trail, which opened in 2015, provides a foot and bicycle path along an old railroad line. For a city that has to stay inside for much of the year, its residents certainly know how to make the most out of the good-weather months.

3. You’ll be friends with your neighbors

One thing about Chicago that has made Vargo and her husband feel at home is how their community embraced them. “Even though we’re in one of the largest cities in the U.S., we still feel like we’re living in a neighborhood,” she says. “It just feels like we’re home.” Vargo points to the diversity of her neighborhood of Logan Square and the close-knit sense of community she has with her fellow residents. “We’re so close to our neighbors, we joke that we’ve hit the neighbor jackpot! We literally have a Facebook page for our neighborhood block where we post if someone is having people over or if a group is headed out to the local bar.” Michael echoes her sentiment. “The people here are just down-to-earth,” he says. “They don’t take themselves too seriously. It’s really a small-town mentality, and Midwestern friendliness is a real thing.”

4. It’s important to find your “hygge”

The Danish concept of “hygge” (pronounced “hyoo-gah”) is not easily translated into English, but if the residents of any U.S. city have come close to embodying its sentiment, it’s Chicagoans. In essence, hygge means “coziness” and creating a warm atmosphere with good people. If you ask any Chicagoan how they survive the winter, they will probably describe their own version of hygge. Vargo’s husband, for example, likes to throw on a big pot of chili and invite everyone over. “I actually love winters in Chicago because it forces your group of friends to bundle up in one person’s house,” she says. “Whether it’s watching movies or playing board games, or just sharing a bottle of wine, it’s warm and cozy because everyone wants to be together and stay together.”

In a city the size of Chicago (237 square miles, to be exact), you’d think that having a car would be a necessity. And while it certainly comes in handy for that weekend jaunt to IKEA, going carless is not a deal breaker for getting around the city. “Public transit is great, and there are plenty of opportunities to rent a car or take an Uber if you’re not close to a train,” says Michael. And while Vargo and her husband currently have a car to help haul lumber, they say they got around just fine in the years beforehand. “It’s not as tight or compact as New York but still a very walkable city,” says Vargo. It’s bikeable too. Chicago has more than 200 miles of on-street protected, buffered, and shared bike lanes. And without the hills of San Francisco or the cab congestion of New York, biking in Chicago is an easy and economical way to get around. 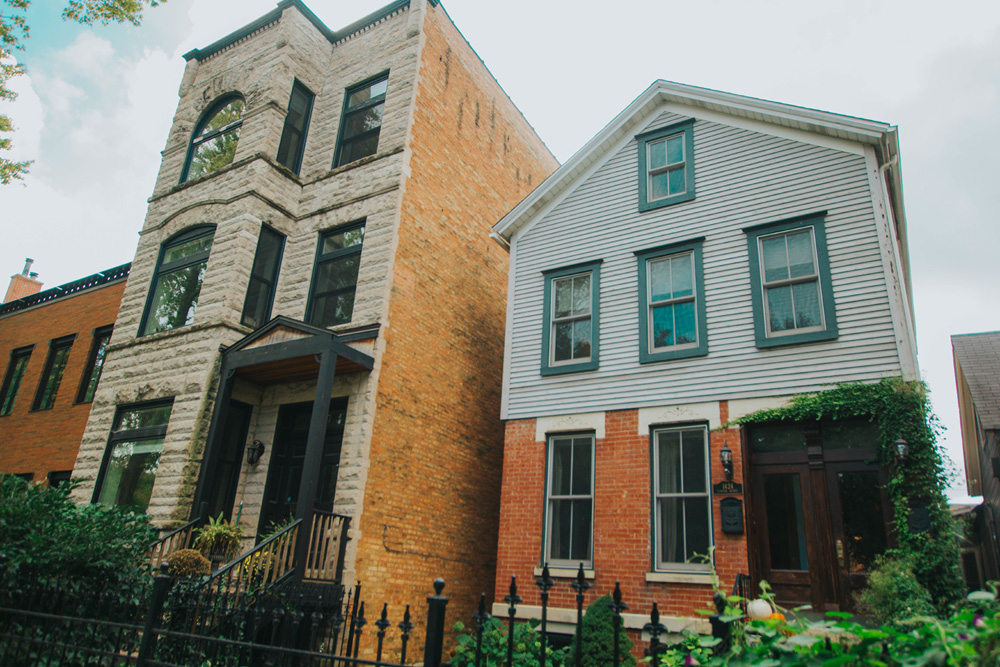 But to find affordable Chicago real estate, you might have to seek out a fixer-upper. Vargo points out that a lot of her friends are hopping aboard the DIY train when it comes to home buying in Chicago. “It has to do with availability and affordability. A lot of my friends are taking advantage of the fact that you can buy a fixer-upper in your price range, make it your own, and still live in the city,” she says.

7. Suburban perks? Find them in the city

Homebuyers looking for better home value, space, and quality of life often choose the suburbs. But both Vargo and Michael point out, however, that the move from city to suburb can be a drastic change. Both feel that the suburbs are pretty disconnected from Chicago. “I have friends who do it,” says Michael, “but it’s definitely a whole different world. Just two totally different lifestyles.” Vargo speculates that Chicago may just be big enough that people can have the perks of suburbia without having to leave the city. “You can have the backyard, the space, and the affordable home in so many neighborhoods. You may have to go a little bit farther out, but you’ll still be in Chicago. We have friends that moved so far out, it feels like they left for the suburbs, but they still have that 606 ZIP code!”