They may be rich and famous, but Hollywood stars still have to use the loo just like us. When it comes to the powder rooms of celebrities, these spaces may even boast more square footage than your entire home.

We found five fabulous bathrooms that demonstrate how celebs put their own unique imprint on the most-used room in the house — from the luxurious soaking tubs to their (sometimes unfortunate) interior design choices. 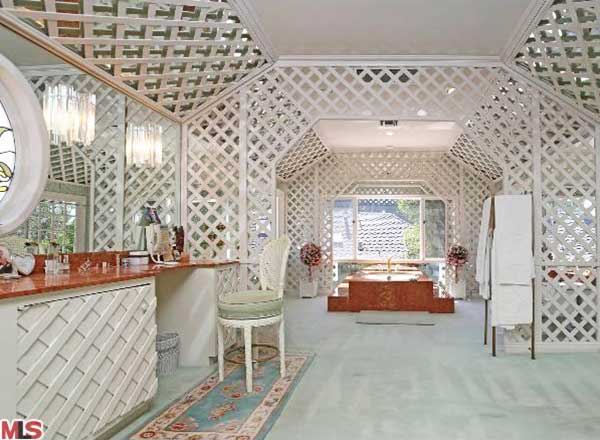 Jason Bateman’s spacious bathroom not only features a private sitting room, but a grand balcony as well.

The Arrested Development star, who looked quite dapper at the Academy Awards last month alongside his wife, Amanda Anka (who dared to wear pants to the gown-favored ceremony), purchased Hollywood legend Ernest Borgnine’s pastel-hued home back in 2013.

But along with the estate, Bateman and Anka inherited the Borgnine family’s design aesthetic, which can only be described as “grandma chic.”

The master suite occupies an entire wing; the master bathroom comprises dual baths and dressing rooms, a private sitting room, and a grand balcony. But it’s hard to call this a bathroom when it’s bigger than our entire apartment. 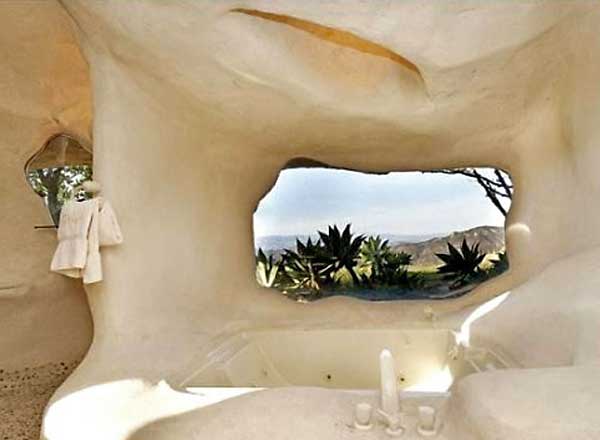 The American Bandstand host, who passed away just a few years ago, had the ultimate pad for a “Modern Stone-Age Family.”

That’s right: Dick indulged in a Flintstones-style custom home, complete with a bathroom fit for a very stylish caveman. Note the tub, where no doubt the unflappable TV host relaxed after one of his famous interviews.

Unfortunately, when the family sold the house at the end of 2014, it went for half of its original price, at $1.77 million. Perhaps they should have gone with a more futuristic Jetsons theme instead? 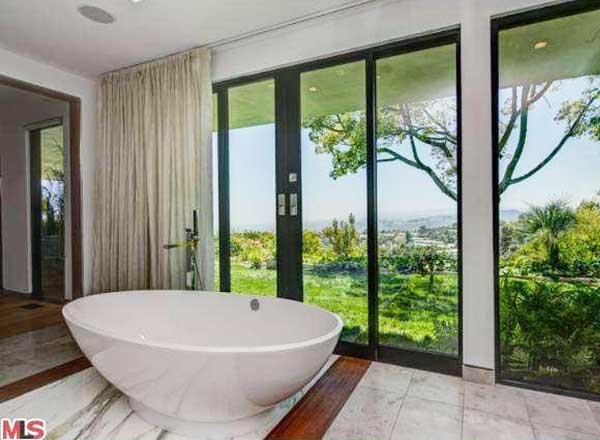 The view from Jennifer Aniston’s place is perfect for a good soak and some peaceful meditation.

Sore after a sweaty yoga session? Well, you’re in luck. At Jennifer Aniston and Justin Theroux’s former rental home, you can melt away those downward dogs in a bowl-shaped bathtub.

However, penny pinchers beware: this rental costs $40,000 a month, so that’s one expensive namaste.

But clearly the luxe spread worked its Zen magic for Jen — she just celebrated her 46th birthday and looks as great as ever. 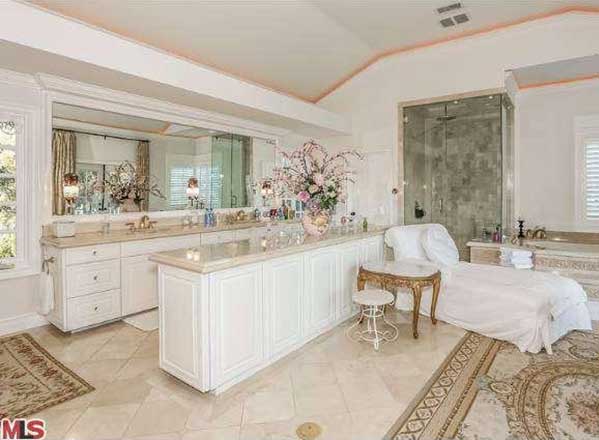 Mariah Carey’s glamorous gilded bathroom is just right for a diva of her caliber.

Ah, the way they were. Once upon a time, when Nick Cannon and his songbird of a wife were in love, they lived in this palatial Calabasas, CA, spread.

The couple purchased the seven-bed, nine-bath home in 2009 for $6.97 million, and listed it for a whopping $13 million in February of last year when they split (too bad it just sold at a loss for only $9 million) — because Nick was not meant to “always be her baby.”

But our favorite part of the Glitter-ized home has to be the gilded bathroom, which has a spacious island, floral carpeting, and a pristine white chaise longue.

Here’s hoping Mariah will get a similarly baller pad when she heads to Vegas for her new residency. 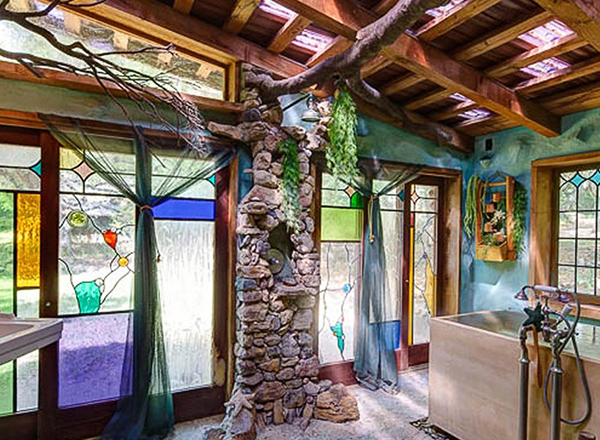 When the Splash star wanted to splish-splash around her own Malibu, CA, compound, she could easily slip into the Japanese soaking tub in her former rustic lodge.

Surrounded by stained-glass windows and branches that climb through the ceiling, the unique treehouse-esque bathroom gives you a taste of the wild-side aesthetic that permeates the three-home property.