Would living next to a graveyard give you chills? Would you rather move in with a girlfriend or a ghoul friend? What if a poltergeist were wreaking havoc on your home — how much would you pay to exorcise the demons?

In honor of Allhallows Eve, Trulia conducted a survey* of prospective homebuyers to find out if, among other creepy questions, sharing square footage with Casper would frighten them off a for-sale home. Turns out, most house hunters are more afraid of clutter or living near a highway than they are of bedding down in a former crime scene. And they’re just as horrified by bad wallpaper (12%) as by living at a hellish address that includes “666” (just a devilish 13%). 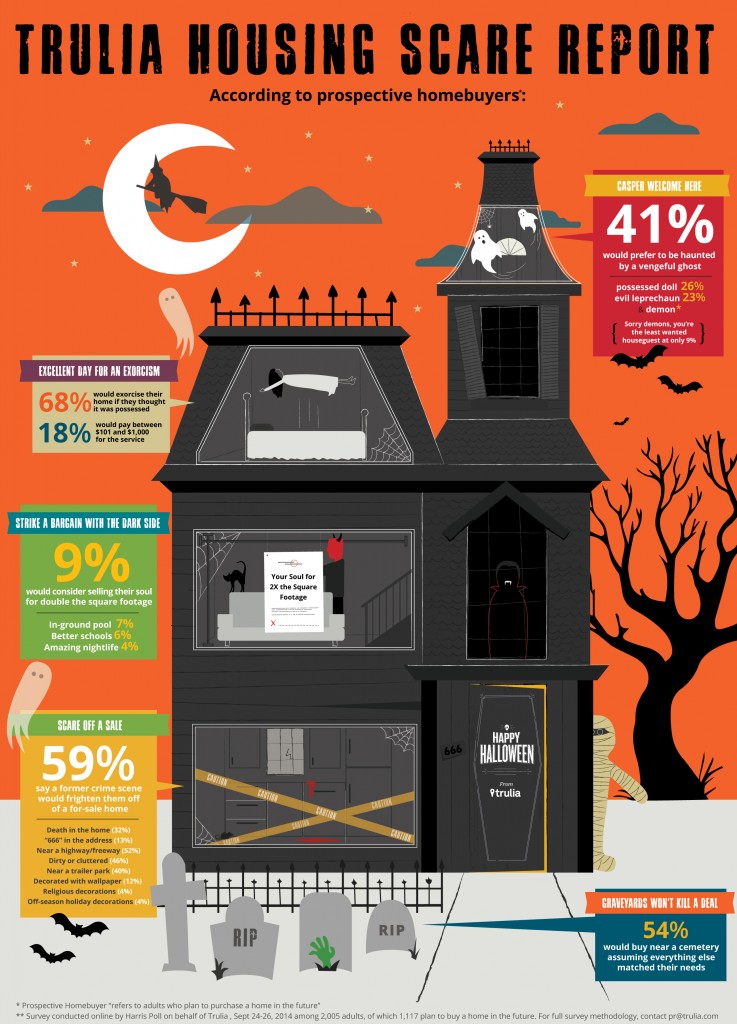 40% of respondents said they’d prefer to be haunted by a vengeful ghost. (We’d prefer Casper; after all, he is a friendly ghost.) But we were slightly surprised that there was nearly a tie between being bedeviled by a possessed doll (26%) and an evil leprechaun (23%). Clearly, these home seekers aren’t horror movie buffs — otherwise they’d know that a possessed doll isn’t Child’s Play.

So whether you’re one of the 18% who would pay anywhere from $100 to $1,000 to have an expert exorcise your haunted home, or one of the 54% who said living near a graveyard wouldn’t kill the deal on an otherwise perfect property, we have just one question:

Would you join that brave 9% who admitted they’d consider selling their soul for more square footage?