Swimming pools have many virtues, especially during scorching summers. But they can easily become eyesores — not to mention money pits — especially if they leak or have other functional issues.

Instead of going through the costly (and sometimes unsuccessful) process of bringing an old swimming pool up to date, why not turn it into an entirely new, seriously cool feature that sets your home apart?

From a detached, lower-level studio space to a fully realized aquaponic farm, here are six smart ideas (some DIY projects and some that require a little professional help) to convert your old swimming pool into something useful, beautiful, or both! 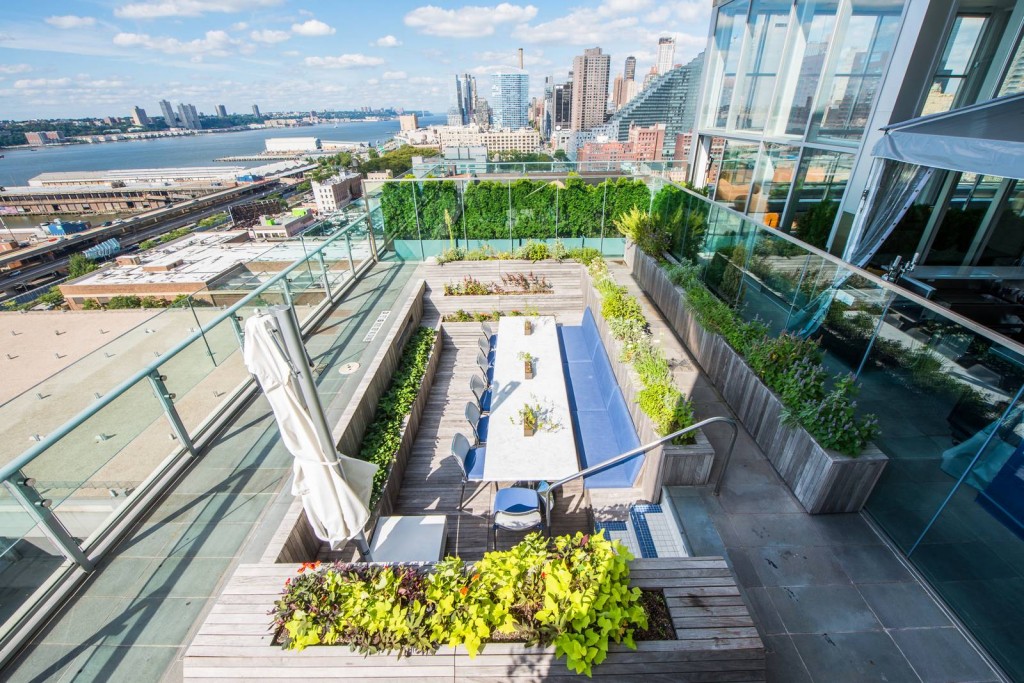 Though part of a rooftop lounge in Midtown Manhattan, this patio retrofitted within a rooftop pool by Future Green Studio holds a lesson for homeowners — work with the site rather than against it. The final dining area maintains the pool steps, depth indicators, handrails, and even a retooled version of the pool lights, telling the story of the space’s origins beautifully.

A simple but elegant solution for an unwanted pool? Drain it and build a deck over the top. Work with a landscape pro to design a deck that blends perfectly with the original pool’s shape and structure. Not only will it add valuable entertaining square footage to the backyard, but it’ll also boost your home’s value over time. 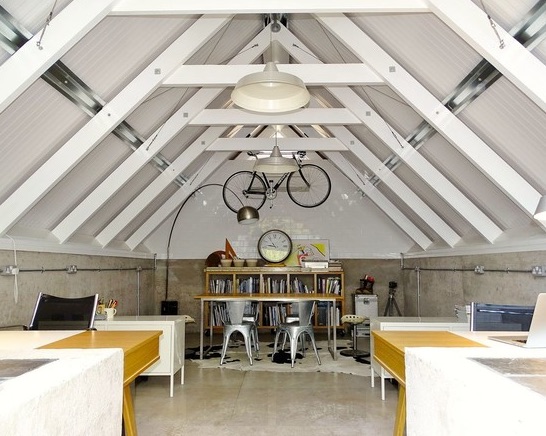 This gorgeous studio by Walk Interior Architecture & Design in its own right becomes even more awe-inspiring when you realize it’s housed in an old, neglected in-ground pool. The finished space feels at once industrial, modern, and airy, and the solar panel–topped A-frame roof is both functional (preventing water from seeping in) and beautiful. Such an inspired idea! 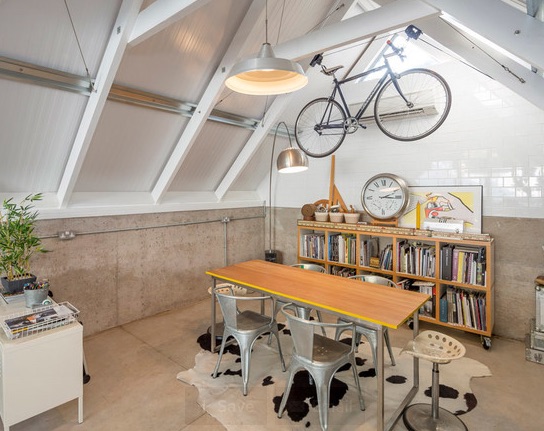 If you’re imagining spending lazy afternoons surrounded by nature instead of cleaning the pool, think about transforming your pool into a pond. It’s the perfect way to invite more wildlife into your yard, and it just makes sense. In the spirit of repurposing, you may even be able to get away with converting the original sand filter into a koi pond filter.

A Southern California couple converted their little-used pool into a rainwater harvesting system. Now in the pool’s place they have a stream, small waterfall, and some 100 plants, all fed with rain collected from the roof and stored in underground, recycled-plastic tanks. The resulting garden is luscious and inviting while making the most of the region’s scant rainfall.

And then there’s the family who built a food-producing greenhouse, known as the Garden Pool, in the pit of their former swimming pool. The finished ecosystem includes solar panels and a greenhouse, and produces everything from tilapia (through an aquaponics system) to fresh fruits and veggies to poultry.

While you might not be ready to go full-scale eco-farm, the project proves that an old pool site might be just the spot to pull off the herb-and-veggie garden of your dreams.