Has all the family bonding this holiday season left you thinking you might need a little distance? If a move is on your horizon (for whatever reason), you’re in luck. Trulia’s Housing Economist Ralph McLaughlin compiled his list of 10 hot real estate markets to watch in 2016. Each city was examined for affordability and strong job growth, plus other factors including vacancy rates, to determine which areas are contenders for growth in the year ahead.

So get your moving boxes packed; homes for sale in Charleston, SC, and Colorado Springs, CO, await! 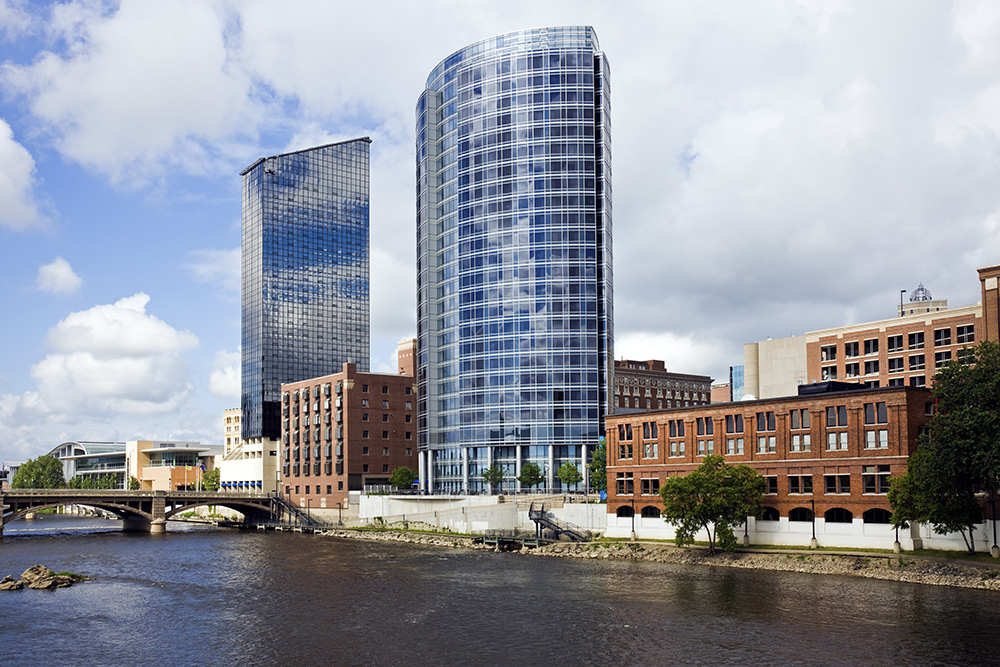 Why does this river city top the list for 2016? Well, Grand Rapids hits the sweet spot in terms of affordability and job growth; it ranks as the 14th-most affordable in the U.S. and 22nd-strongest in job growth over the past year.

Grand Rapids is home to the Fulton Street Farmers Market, in operation since 1922; today it hosts roughly 11,000 shoppers a week and boasts nearly 200 vendors. With a walkable downtown, a vibrant arts scene, and a rich food and craft brew culture, it’s easy to see why Grand Rapids is Trulia’s top city to watch in 2016. 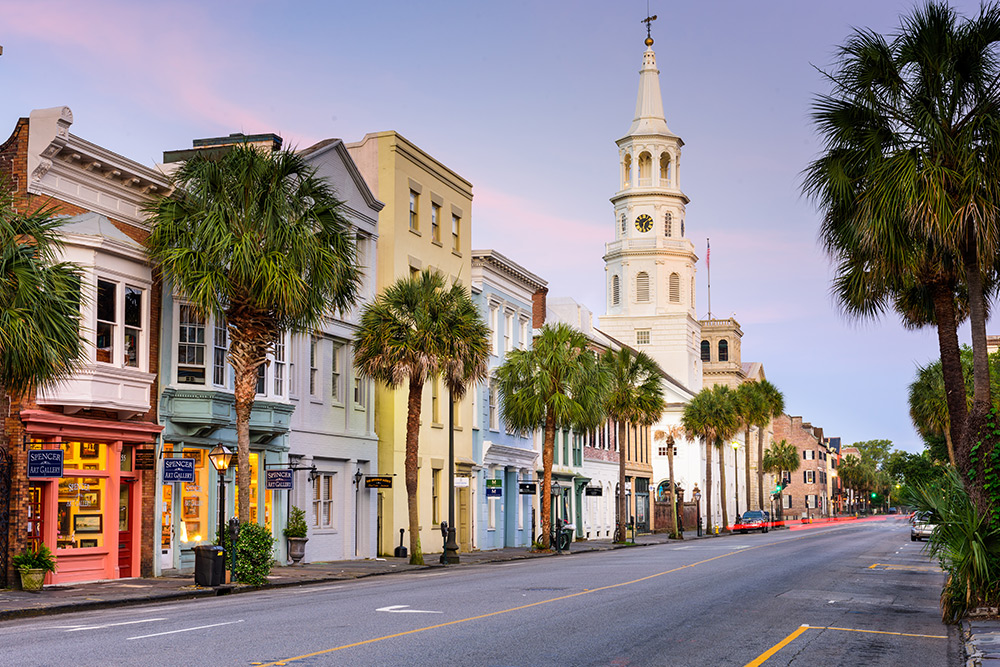 The Charleston, SC real estate market is hot (and we’re not talking about the summertime temps!) — no doubt in part due to its ranking as the sixth-highest for job growth in the U.S. Its lower rank for affordability and vacancy rates drops it back to number two on this list.

But there are lots of reasons why so many people love the Lowcountry. Charleston is a serious foodie destination, with 11 restaurants earning nominations for coveted James Beard Awards in 2015 alone, and the popular Charleston Wine + Food Festival, which will celebrate its 10th anniversary in 2016. 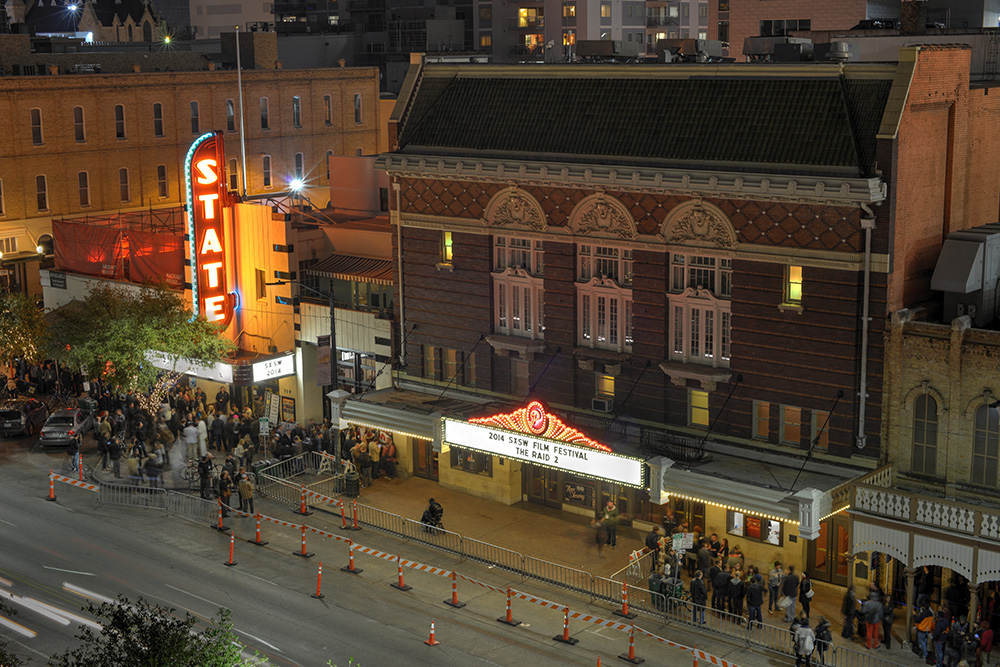 Pretty much anyone would be happy living in the live-music capital of the world, but Austin, TX real estate also ranks third on Trulia’s list because of its popularity with millennials and booming job growth. From barbecue joints to food trucks to craft cocktails, the capital city of Texas has the dining scene on lock too.

But beyond the Tex-Mex tacos, cool thrift shops, and SXSW secret shows, Austin locals love taking advantage of the seemingly never-ending sunny days and escaping to the Barton Creek Greenbelt. With 12.68 miles of trails (and even a few swimming holes!), the greenbelt is a perfect antidote to a long workday at one of the city’s tech employers — Apple, Dell, IBM, and Samsung all have offices here. 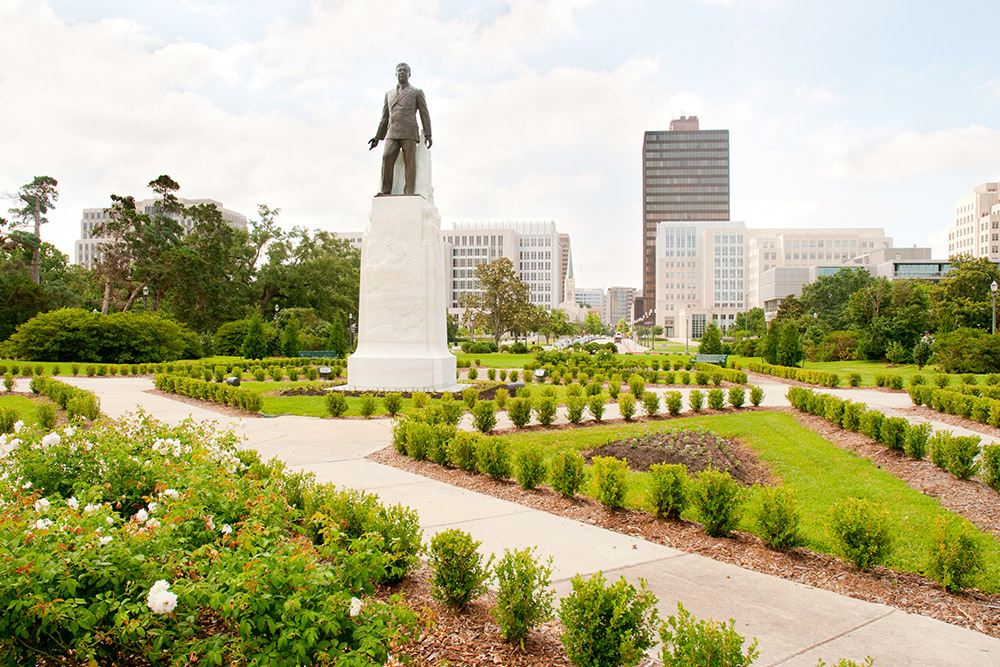 Another capital city, Baton Rouge, LA, is rich with culture and architecture, from its quaint trolley system in the Garden District to the buzz of energy that emanates from Louisiana State University, which calls the city home.

While tailgating LSU football games is a time-honored tradition, Baton Rouge also sports a growing culinary and arts scene. With the hulking art deco facade of the Louisiana State Capitol as its backdrop, the contemporary Shaw Arts Center claims 125,000 square feet of downtown space, including a museum, theater, classrooms, and even a rooftop sushi restaurant. Ça c’est bon! 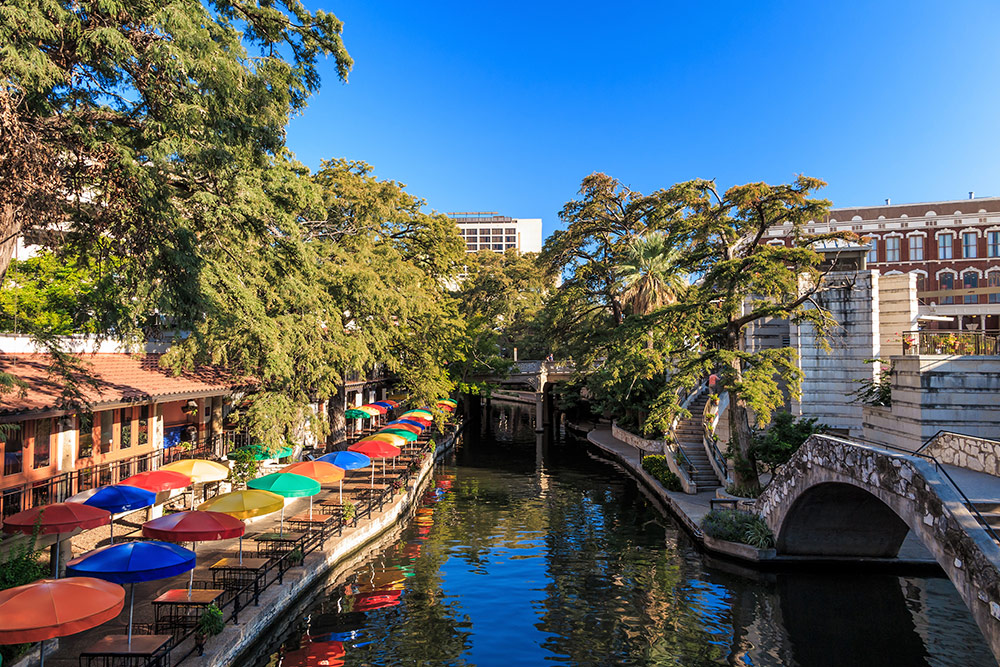 The stars aren’t the only things big and bright in Texas — the Lone Star State is one of two states to have double entries on the 2016 hot markets list. Maybe it’s the beautiful Riverwalk or its bike-friendly appeal, but the city saw the biggest jump in millennials of all U.S. metropolitan areas between 2010 and 2013.

Millennials enjoy San Antonio’s affordable real estate (more so than Austin’s or Houston’s), all the while benefiting from the big-city attractions, such as the high-scoring NBA Spurs and the McNay Art Museum — along with uniquely Texan locales such as the Old World Missions National Historic Park and the picturesque wineries of the Texas Hill Country. 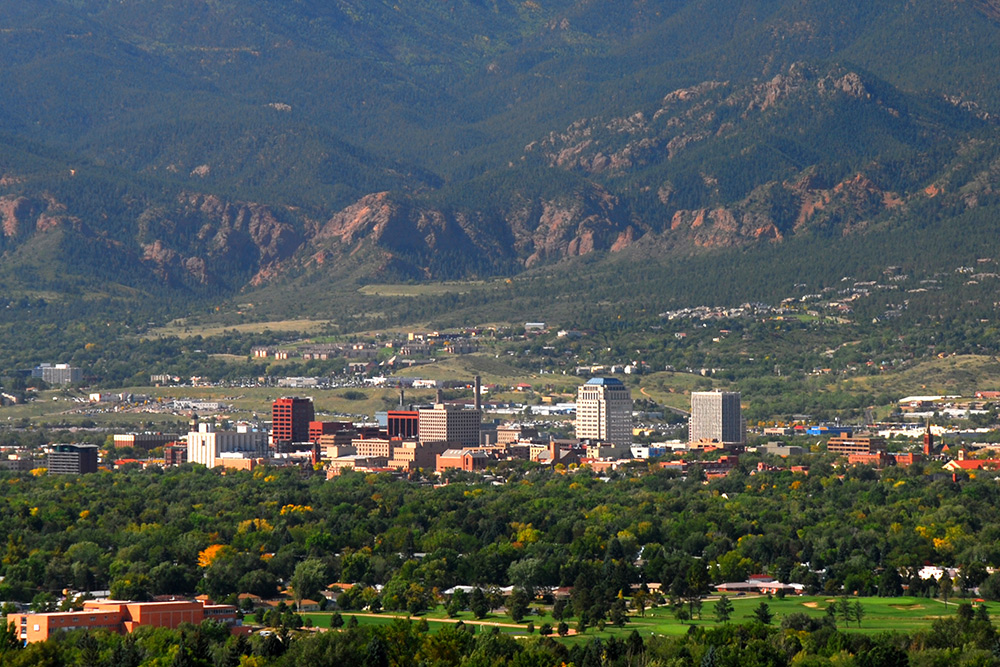 Craving some mountain air? This city at the foot of the Rocky Mountains is a paradise for outdoor enthusiasts and has been named a “distinctive destination” by the National Trust for Historic Preservation for its attractive architecture and commitment to historic preservation, sustainability, and revitalization. Plus, it sits at number 37 on the Forbes list of best places for business and careers.

So what can newcomers expect when moving to Colorado Springs? Whether it’s outdoor adventure or arts and live music that thrills you, the Pikes Peak region delivers. But beyond the natural attractions and ample recreation opportunities in “The Springs,” there’s a serious beer culture to counterbalance the fitness fanatics. 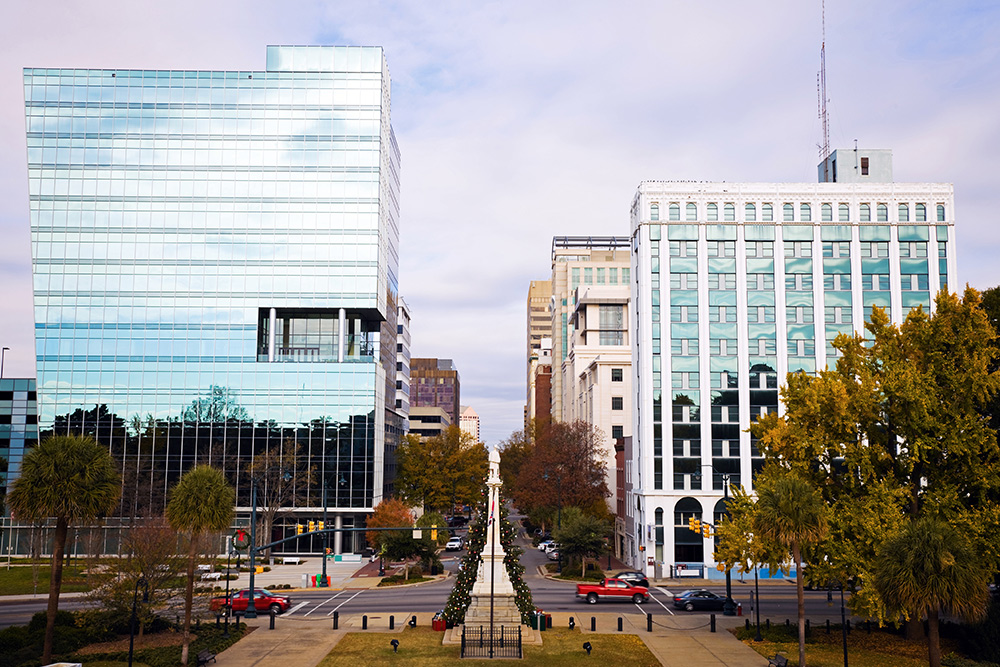 “Famously Hot” Columbia is home to six colleges, including the University of South Carolina, plus several major hospitals — and affordable housing prices. The state capital is also home to Fort Jackson, the largest military training center in the country.

Although history runs deep in Columbia, an indie spirit is taking root — artisans, foodies, and musicians are bringing new energy to the capital of Southern hospitality. There are nearly 450 restaurants (really!) to choose from after a long day lazing about Lake Murray. 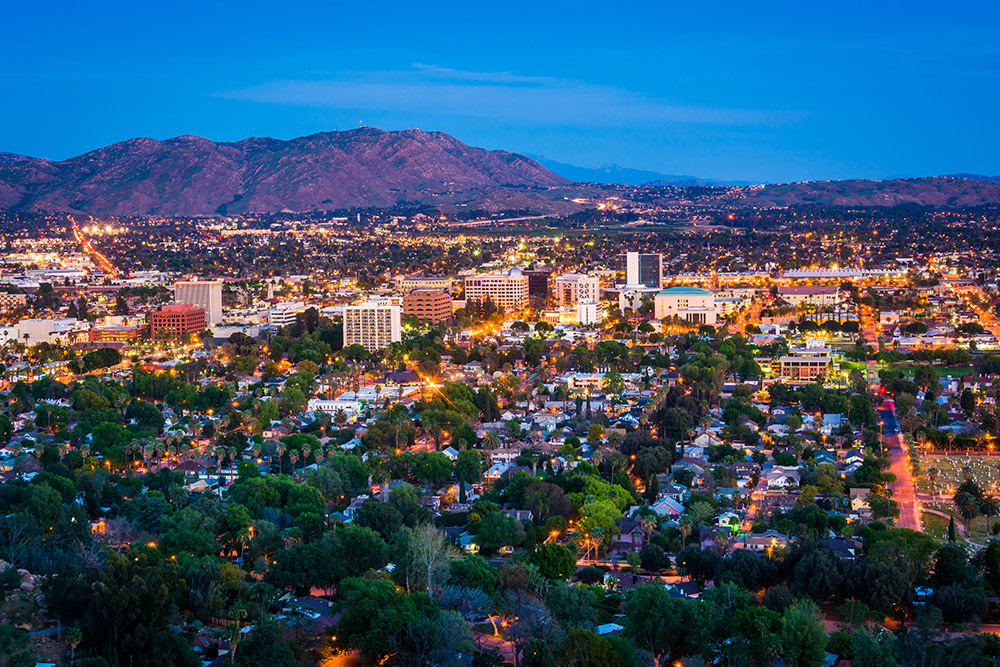 The Inland Empire is home to a rich architectural history where Spanish Colonial Revival can be found mingling with Victorian styles. But if you’re thinking of moving here, you will appreciate most what Rob Murray, broker-owner of Murray Real Estate in Riverside, says: “We’ve seen quite a few first-time homebuyers, so the market is strong here for affordable properties.”

Hiking at Mount Rubidoux and Sycamore Canyon Wilderness Park plus a plethora of breweries and gastropubs all make Riverside-San Bernardino an attractive spot for active millennials looking to buy a home. 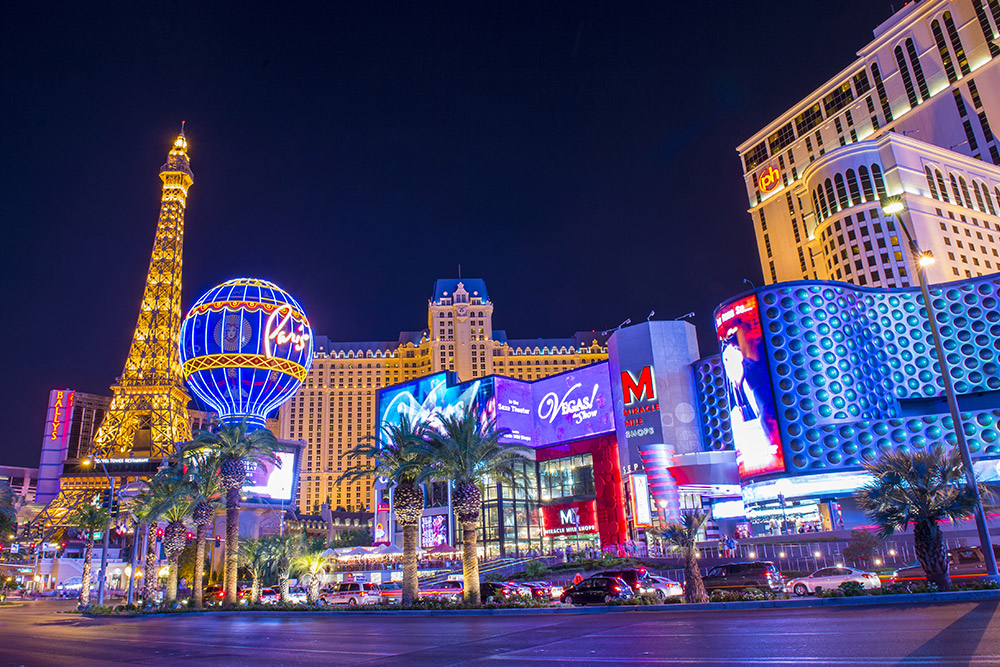 Sure, the Strip is what we all think of first, but there’s more to Las Vegas than gambling and nightlife — such as access to some of the best places to explore the great outdoors. But the clincher for this big little town just might come from the U.S. Bureau of Labor Statistics, which expects Las Vegas to experience 4.8% job growth in 2016, crushing the national prediction of less than 2%.

Locals know that Lake Mead and nearby Boulder City are an easy escape from the bustle of the Strip. And the revamping of Old Town and Art District retains some of the grit that makes Vegas unique. Bonus? The city is also home to Lotus of Siam, touted as the best Thai restaurant in the United States. (Yes, really.) 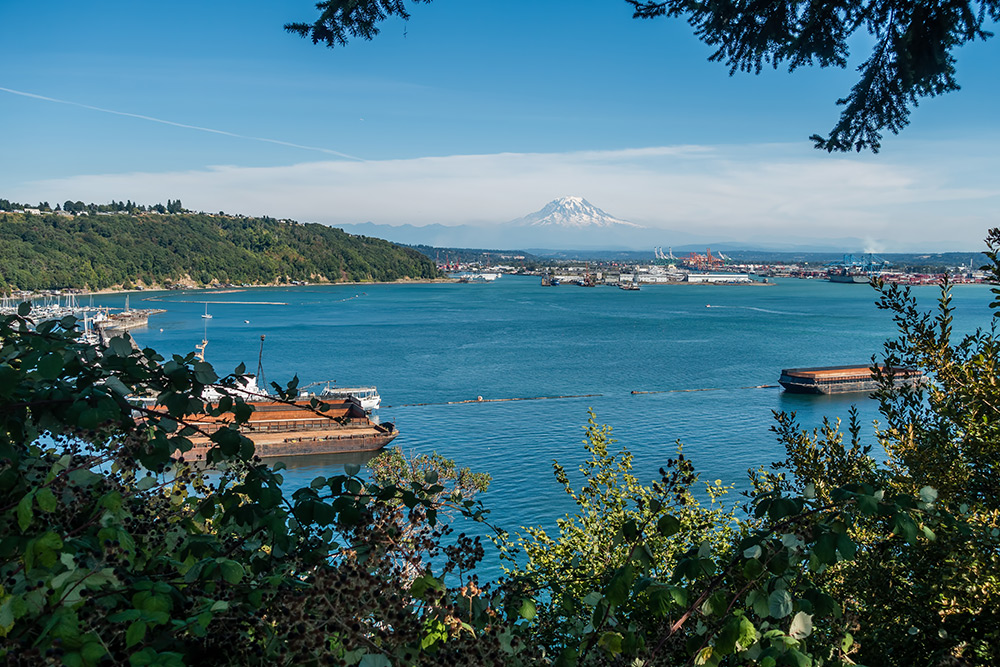 On the banks of the Puget Sound, Tacoma is rich with outdoor activities and an arts district that celebrates the region’s world-renowned glass art (culminating in the Chihuly Bridge of Glass). But the port city is also an affordable place to live, making it an attractive destination for young professionals and families in the Pacific Northwest.

Major employers include Boeing, Costco, University of Puget Sound, and the U.S. Air Force. With many potential buyers forced out of Seattle due to high rents and real estate prices, Tacoma is an appealing destination for those seeking a more affordable home.